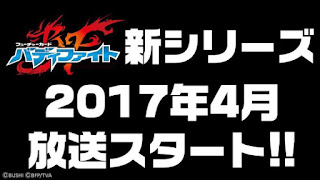 As Bushiroad announced during a live stream there will be another season of Buddyfight. It might be similar to when Bushiroad started Cardfight! Vanguard G: The same continunity, but new main characters and perhaps some old ones. Previously Buddyfight had three seasons, the first consisting of 64 episodes, the second 50 and the third perhaps 51 or the same number. We from MoviezWorldwide look forward to upload the previews for the next season.

This fanart was drawn by StrawberryStar123 from Kamiwaza Wanda Wiki. #kamiwazawanda