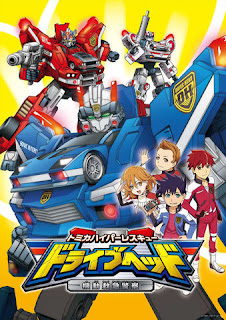 As it was announced a few days ago, Takara Tomy and TBS work together once again, this time on the anime adaptation of a well-known toyline by Takara Tomy, which previously had two tokusatsu seasons back in 2008 - 2010. Instead of TMS Entertainment, this time OLM animates the series. Obviously Kamiwaza Wanda wasn't successful enough, as Takara Tomy's presentation last November showed that it would only continue into 2017 instead of 2018 as it was predicted in May, while Beyblade will continue well into 2019. Tomica reminds of Transformers but also of Machine Robo Rescue, an anime which aired back in 2003. Feel free to visit us on Tomica Wiki: http://tomica.wikia.com

Posted by MoviezWorldwide at January 15, 2017

This fanart was drawn by StrawberryStar123 from Kamiwaza Wanda Wiki. #kamiwazawanda